I decided to share my pacemaker journey because I remember when I left my doctor’s office after finding out I needed a pacemaker I found myself on Google….As someone in healthcare I hate when people play “Dr Google” but this wasn’t the case with myself. Rather I found myself on Google searching for people’s experience with their journey and life after, predominantly searching for younger people like myself. My search yielded very few results, most people sharing their experience were much older. It was then that I decided I wanted to share this personal journey. No two journeys will be the same but if someone can find comfort and some sort of guidance through mine then I’ve completed my goal.

Events leading to my need of a PPM

Ever since I can remember I’ve always had a strange medical history for someone so young. At around 18 years of age I was diagnosed with hypertension. I was never overweight, a primary cause was never found. It was diagnosed as primary hypertension, AKA essential hypertension. About a year later I was diagnosed with hypothyroidism & a mysterious diagnosis of inappropriate sinus tachycardia. IST is a fairly new diagnosis & not well known. Before this diagnosis I never heard of such a term. I was frequently finding myself feeling dizzy and having palpitations. I went to a few ER’s who diagnosed it as SVT. It wasn’t until I met my electrophysiologist who took a look at the EKG’s I then received a proper diagnosis. Although my heart rate was in the 170’s, it was sinus tachycardia. He decided to insert a loop recorder to get a better look at what was going on with my heart. A loop recorder is a small device inserted just underneath the skin in the chest that can record your heart activity. Your doctor can place heart rate upper and lower limits for the device to record. My parameters were 40bpm and 160bpm. This means if my heart rate went below 40bpm or 160bpm it would record. Also, the device comes with a button. If you’re feeling symptomatic you’re supposed to hit the button which activates the device to record, that way your doctor can see if your symptoms such as dizziness are cardiac related. Once this was inserted, my EP saw my heart rate was sustaining in the 170’s for hours at a time with minimal exertion, making the diagnosis of IST. After months of monitoring, failed medication adjustments my heart rate persisted to race to the 170’s-180’s at times with no exertion. The only option left was undergoing an ablation, SA node modification. In July 2016 I underwent my ablation, which was successful! I was able to get off certain medications & found a big improvement in my symptoms. Success!

January 2018 I found myself to be in constant pain and discomfort. It was found that I had torn the labrum in my right hip due to femoroacetabular impingement (basically extra bone that rubbed up against the labrum over time). In March 2018 I underwent hip arthroscopy to repair the labrum. Surgery went well and I was feeling pretty good! Fast forward to mid-April I noticed this cramping sensation in my right leg/felt shortness of breath when I tried to exert myself. Being a nurse I thought, “Oh my God, could I have a DVT/PE?” I found myself in the ED, thinking something like this could never happen to me, but better safe then sorry! Well, turns out I did have a right leg DVT with bilateral pulmonary emboli. I have something called prothrombin gene mutation (my body favors clotting) and the orthopedic hip surgery put my body into a hypercoagulable state. With the assistance of a Heparin drip/Eliquis I was good as new in no time! Or so I thought….

In June 2018 I started developing symptoms such as dizziness, fatigue. I was so tired at times I felt like I couldn’t even stand. It would come on so suddenly that I’d have to sit in the shower, or sit on the floor and blow dry my hair. I went to the ER twice, both times was told I was a little hypotensive and my heart rate was in the 50’s but wasn’t a cause for such extreme symptoms. I thought this was odd because my blood pressure/HR typically tend to be on the higher side. My loop recorder was interrogated to see if any events were recorded, nothing. I knew I wasn’t feeling right so I decided when I had these episodes again I’d press the button to activate my loop recorder to record. Finally, this gave us an answer. They finally saw that I was having episodes of junctional rhythm. My loop recorder did not record because loop recorders are rate controlled, not rhythm. When my heart goes into a junctional rhythm it’s typically in the 50’s, not low enough for the loop recorder to record.

Back in September I found myself in the emergency room, I was very weak and dizzy. They did an EKG and found me to be in junctional rhythm. When this happens my blood pressure tends to get low so the decided to give me some IV fluids. A short while later I developed pulmonary edema leading to respiratory failure. This was one of the scariest things I’ve ever went through. Doctors still do not understand how I went into pulmonary edema, for someone my age I did’t receive much fluid and my ejection fraction is normal. They seem to think when I go into these junctional episodes I lose my atrial kick. I spent eight days in the hospital from this. After this event I followed up with my EP doctor who tried to adjust medications in hope my SA node would fully “wake back up”, preventing these junctional rhythm episodes. Unfortunately this wasn’t the case. I still found myself having these episodes, and my loop recorder correlated these symptomatic events with junctional rhythm. This is what lead me to needing a pacemaker at the age of 25. I’m not excited about getting my pacemaker, and if I said I wasn’t scared i’d be lying. But I am excited to not worry about the unpredictability of these episodes anymore.

The Day I Got My Pacemaker

My Experience With 23andMe

Prev Next
Leave A Reply
Cancel Reply
About Me 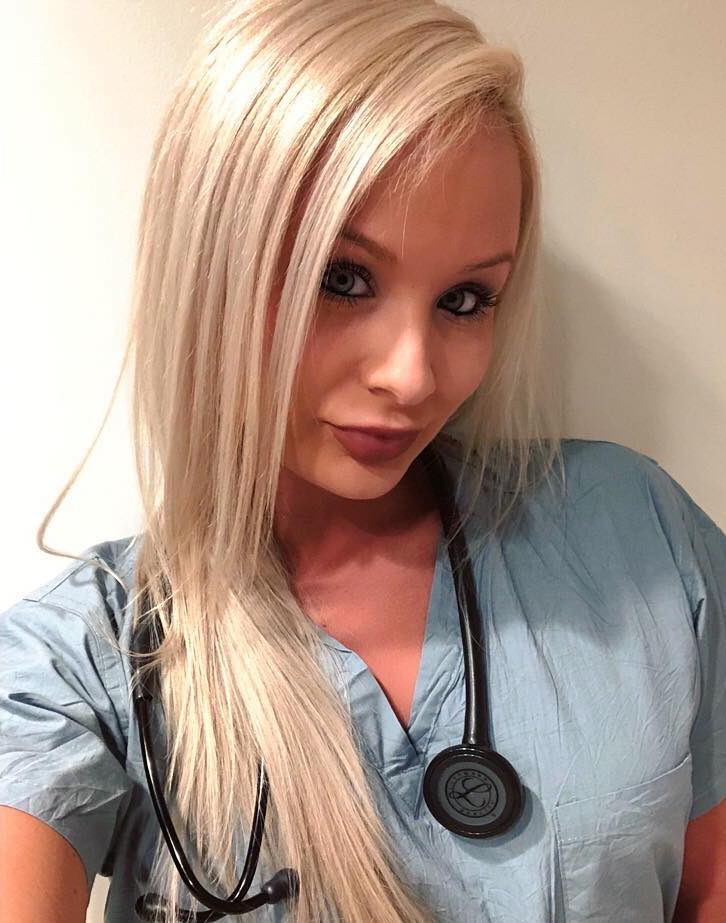 I'm a cardiothoracic ICU registered nurse sharing my journey of nurse turned patient along with my hobbies, interests, and more.